Raising your hand and asking the waiter to bring you a coffee will be a unique experience in the world’s rarest coffee shops.

The owners of these places have unleashed their imagination to make the craziest dreams come true.

With robots that serve food and urinals that become tables, these places seem to have been taken from the mind of the visionary Jules Verne.

Have a seat and be surprised by their extravagances. 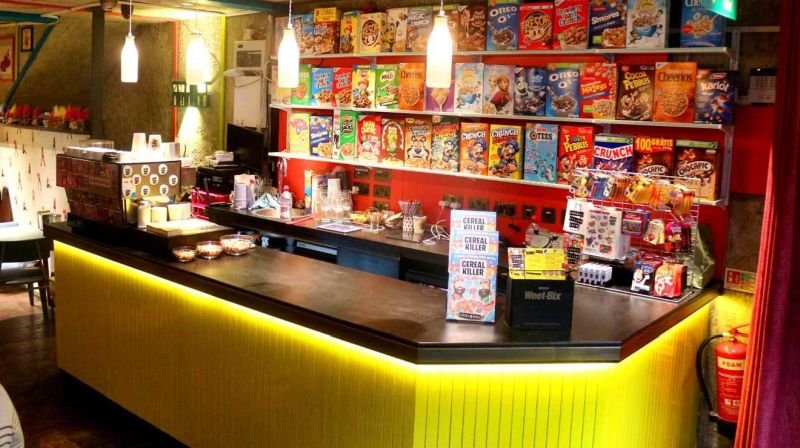 Imagine having a bowl of your favourite cereal with coloured clouds and chocolate chips brought to your bed.

Sounds almost like a dream, doesn’t it? Well, it doesn’t.

This happens every day at the Killer Café in Camden.

Here, instead of chairs, there are beds.

The idea is to go back to childhood wrapped in your favourite hero’s blankets and stuffed with the world’s most colourful and sweetest varieties of cereal.

A real paradise for those who were children in the nineties. 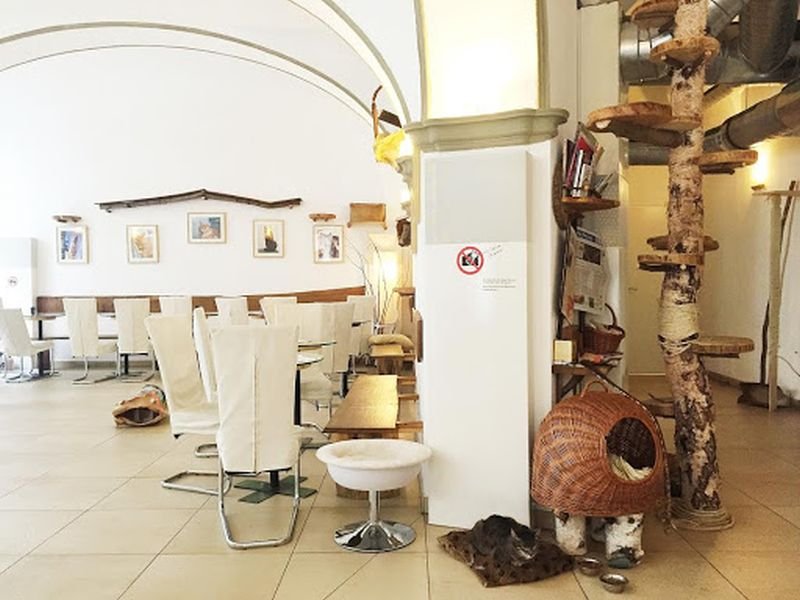 Do you draw kittens on every napkin you get in front of you? Do you stay up late at night looking for cat videos on Youtube? Well, this is the perfect place for you to spend your Sunday afternoons.

It’s a lovely café in the centre of Vienna, which is home to five cute little kittens.

You can play with them and pet them, if they let you.

They have their own play area, beds and even a post to sharpen their claws.

On the menu, together with cakes and drinks, you will find the biographies of these coffee mates.

Although the concept of the cat cafés was born in Japan, this is the first one that opened its doors in Europe. 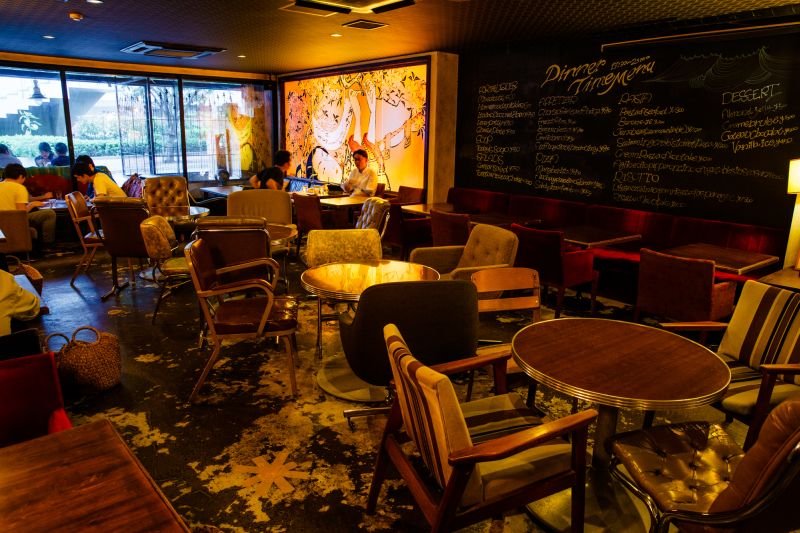 And if the cat thing doesn’t fit and you were more of a farm animal, you can share your drink with two goats in this Tokyo coffee shop.

Sakura and Chocolat, which is what these two little animals are called, live in this café as if it were an urban farm.

Normally they are in their small corral, next to the terrace, but the cafeteria staff take them out every day.

If you feel like it, you can always call ahead and book a walk with them on Mondays and Wednesdays.

Without doubt, one of the rarest cafés in which to ask for a cut.

If you’re a fan of cameras and anything that oozes vintage, this is the weird coffee shop you’ve been looking for.

It might take you a little too long, but it’s worth the trip.

The place is located in the middle of nowhere, which makes the picture of a cafe more picturesque and surreal.

Inside, the magic of the cafeteria, far from fading, becomes stronger.

With old cameras on display, lots of pictures hanging around and a good coffee in hand, it becomes a unique place to tell and listen to great stories. 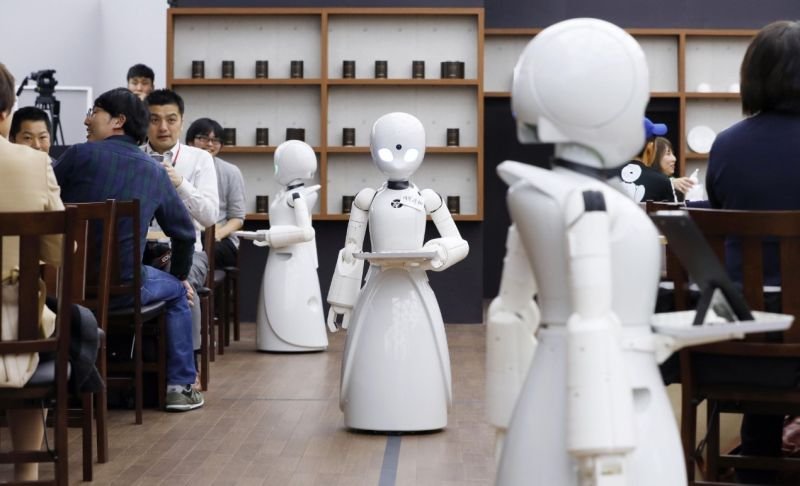 It could not be otherwise.

In the land of technology par excellence, one of the world’s rarest cafés is located, if not the rarest.

The waiters who will serve your order are robots.

They may not be very talkative or give you a smile when you walk in the door, but their work will be impeccable.

In fact, you will be able to place your order by voice.

They will take notes and when the kitchen finishes preparing your meal, they will bring it to you willingly.

The idea is that in a few years the cooks will also be robots. 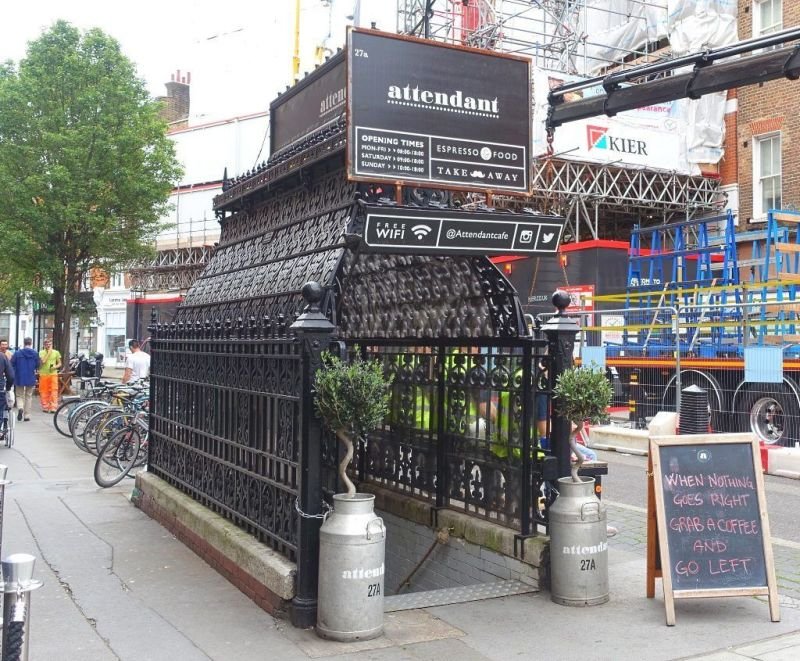 There are bars that are a real pigsty.

The tables are sticky and the smell from the bathrooms brings even the dead back to life.

Anyone would compare these bars to public urinals.

And this cafeteria would be no less so.

The Attendant is literally a public urinal, or at least it was.

This bar is located in the old public gentleman’s toilets in the Oxford Circus area more than a century ago.

As a peculiarity, this place keeps the urinals and uses them as coffee tables.

The hand dryer and the tiles of the time also accompany the decoration.

He eats and drinks without any qualms that this cafe/urinal is like jets of gold and has a vintage roll that is not even the trendiest cafe in the world. 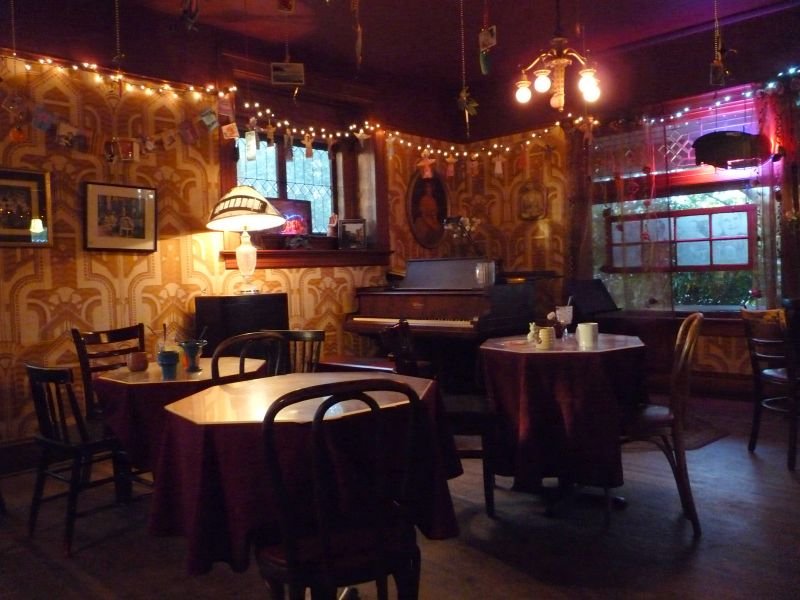 This café also makes your hair stand on end, but in the darkest sense of the word.

The tables rise, rotate and vibrate.

The most believers say that the Victorian house where this café is located is haunted.

Apparently, here your coffee mates will be the ghosts that are bellowing around the place.

There’s no better place in town to have a cupcake than in this weird cafe. 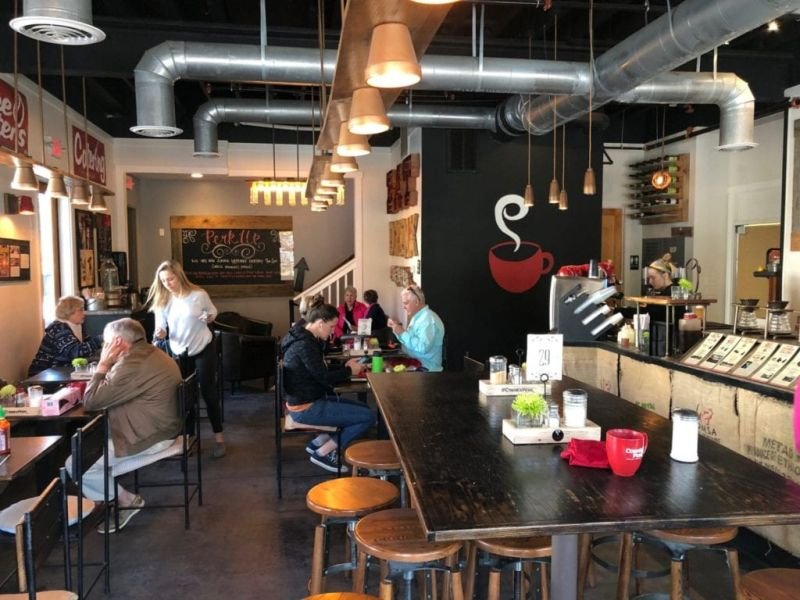 There are no cats to pet or robots to serve you food here.

It is also not shaped like a foot or standing on top of a pine tree.

Nothing attracts attention a priori.

Although it does get interesting when it’s your turn to pay.

Basically because you won’t have to.

In any case, you will pay your neighbour’s bill.

It all started when a client was so happy with the service that she left $1000 to pay the bills for that day.

Over time, this small initiative became a habit and now all clients donate their money for others to eat and drink at their expense.

If you are one of those who would rather give than receive, this is your special place in the world. 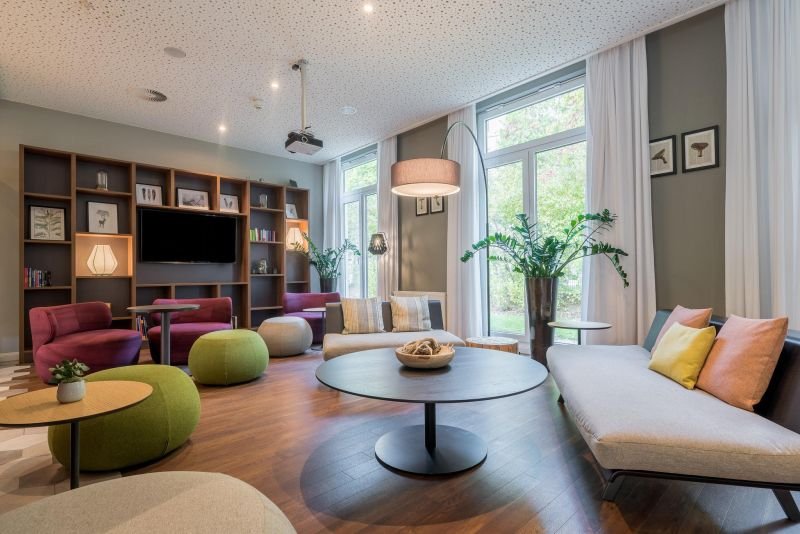 Nowadays, putting in a washing machine is almost a luxury in many Spanish homes.

This cafe makes it easy for you.

Here you can do your laundry while you meet your friends for coffee or pasta.

Besides, the design of this rare cafeteria is almost like that of a spaceship.

Clear, straight lines and lots of little gadgets and buttons to play with and distract you. 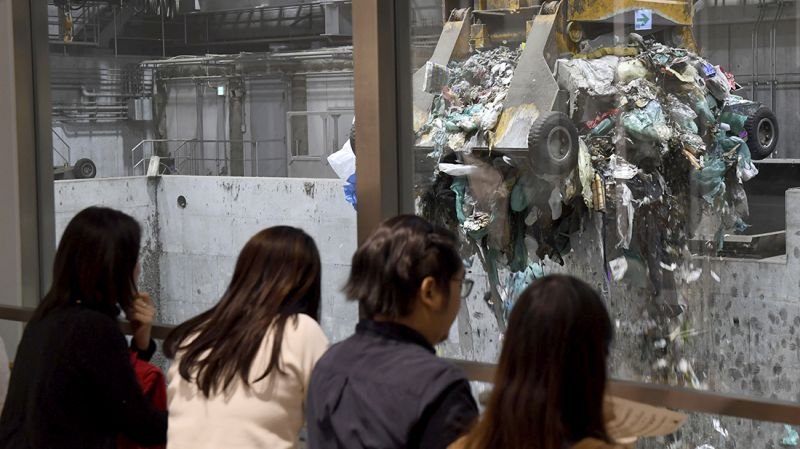 The Gomi Pit, from the Japanese “gomi” (rubbish) and the English “pit” (pit) is the quintessence of how creative you can be when it comes to leaving a mark on customers.

However, this particular coffee in a dump has a purpose beyond impressing the diners and is to echo in people’s awareness of the amount of rubbish we consume.

The contrast is striking: the impeccable hall located at the top of this building in Musashino, in the west of the capital, where dozens of people are snacking and drinking cocktails, is separated by a simple glass from a well where tons of rubbish are waiting to be burned.