In June 2016, the World Health Organisation (WHO) recognised that coffee has potential health benefits and removed it from its list of carcinogenic substances.

Another study revealed that moderate coffee consumption could be beneficial to health if it is incorporated into a healthy diet.

Being a food consumed daily by a large part of the population and based on the above information, I made the decision to collect the benefits related to coffee consumption, supported by scientific studies and research.

So, let’s get started!

1 – Can increase your alertness, attention and concentration 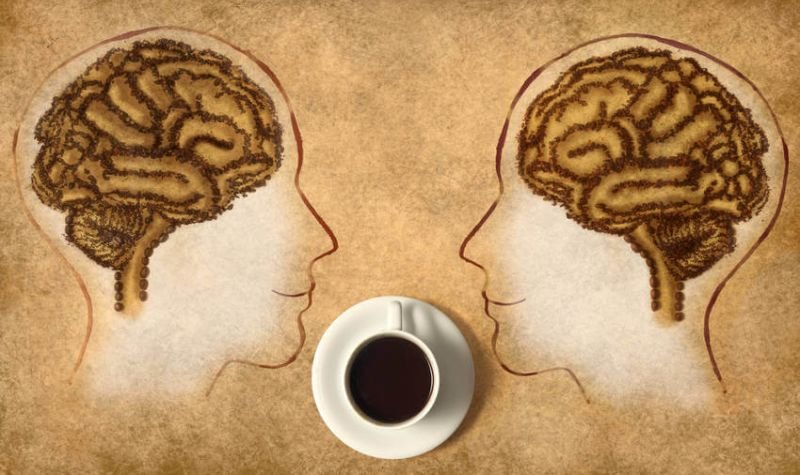 This is undoubtedly one of the main reasons why billions of people around the world drink coffee in the morning or during the day.

Because caffeine is a neuroactive stimulant it helps us to be alert and maintain concentration.

A study by the European Food Safety Authority concluded that coffee consumption is related to increased alertness and attention, thus influencing a person’s cognitive capacity.

According to the study, the consumer will have to ingest 75 mg of caffeine in each portion for it to have a stimulating effect.

This is more or less the amount that can be found when drinking an 8 oz cup of coffee.

As a neuroactive drug, the body will get used to it over time and therefore require more and more of it to achieve the same stimulating effect.

The following video explains in a simple way how caffeine works and interacts with our brain. It also illustrates what happens if you drink a lot of coffee

2 – Can help you lose weight 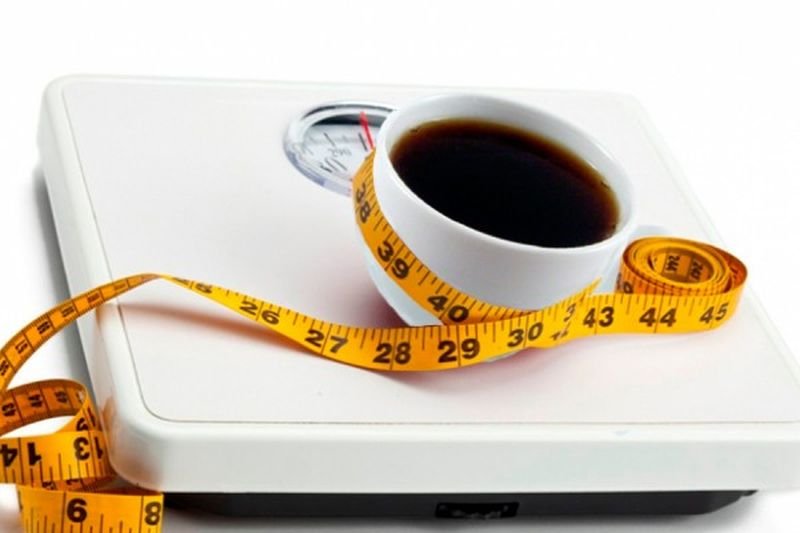 However, there is not enough evidence, so far, to prove that this substance involves significant or permanent weight loss.

There are studies that explain how caffeine consumption can affect weight loss.

For example, this substance is related to an increase in the metabolic rate.

In simple terms, the metabolic rate indicates how many calories are burned when someone is not exercising, such as when sitting in front of the television.

The higher this rate is, the more calories the body burns when it is inactive.

This increase is achieved through constant physical exercise and, in part, caffeine consumption.

This study concluded that caffeine contributes to ‘fat burning’.

However, in thin people this effect is greater, as it increases by up to 29%, unlike in obese people, where it reaches up to 10%.

Another theory suggests that caffeine can suppress the sensation of hunger for a short time, so fewer calories are taken in.

This research also suggests that, apart from caffeine, other compounds in coffee, such as chlorogenic acid, may influence weight loss.

However, a study by the European Food Safety Authority concluded that there is no relationship between caffeine consumption and fat oxidation leading to body mass loss.

Nor was a connection established between caffeine consumption, energy wasting and weight loss.

However, there is not enough evidence, so far, to prove that this substance involves significant or permanent weight loss.

3 – Can improve physical performance, depending on the type of sport practised 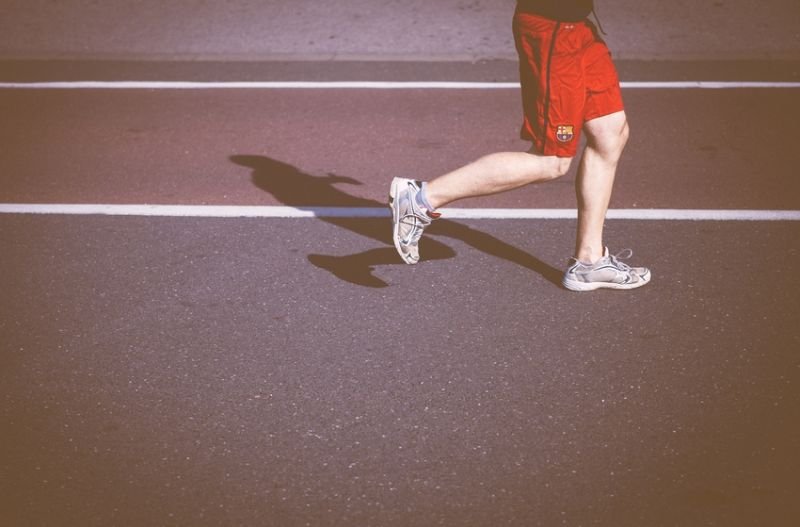 This study concludes that caffeine reduces the rate of perceived exertion during exercise and this may partly explain the performance-enhancing effects.

Research reveals that performance enhancement is more evident in endurance sports than in short-load sports.

In activities lasting between 60 seconds and 2 hours, caffeine consumption has been shown to improve an athlete’s strength, speed and resistance to fatigue.

4 – It can supplement your daily diet, as it contains certain important nutrients 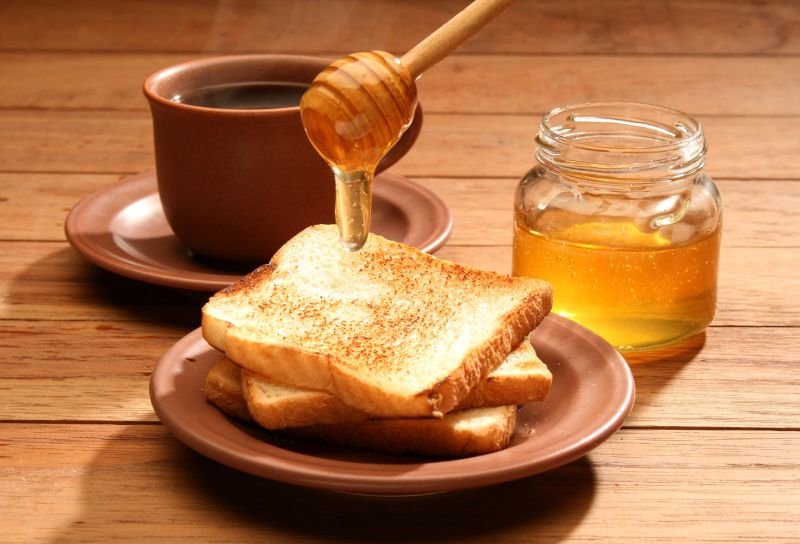 Although coffee is mainly drunk for its stimulating effects, taste and aroma, it also contains some nutrients that are an important part of the daily diet.

While coffee does not contribute macro-nutrients, such as carbohydrates, proteins and fats, it does provide a number of mineral salts and vitamins that are essential for the body.

In addition, it contains 0.2 mg of vitamin B2, which is 11% of the suggested daily value.

5 – May reduce the risk of type 2 diabetes 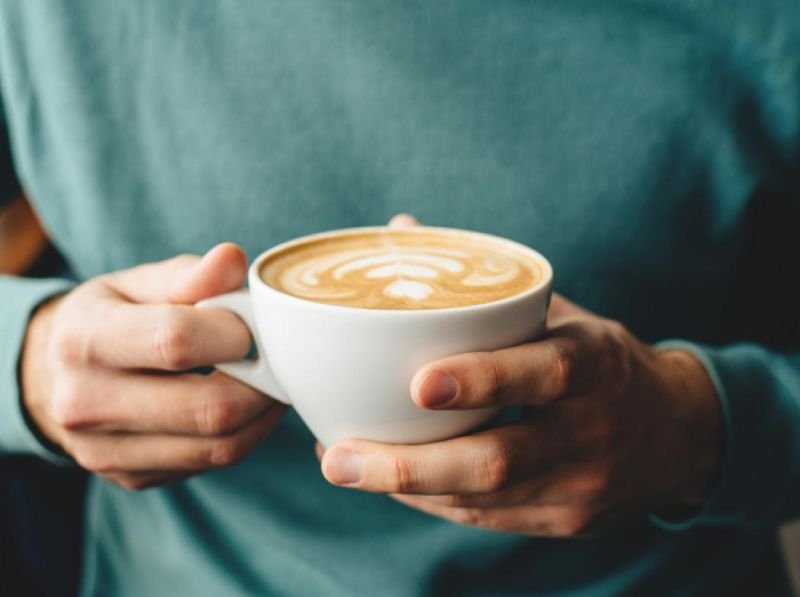 Over 18 years, one study recorded coffee consumption in more than 125,000 participants, revealing that women who drank more than six cups of coffee per day reduced their risk of type 2 diabetes by almost 30%.

The same study showed that consumption of decaffeinated coffee also reduced the risk of this type of diabetes by 7%, as caffeine increases the level of blood sugar and antioxidants in coffee in the short term, which can lead to an improvement in insulin sensitivity.

This is interesting because, apart from caffeine, other components of coffee would help to prevent this disease.

6 – May decrease the probability of suffering from neurodegenerative diseases 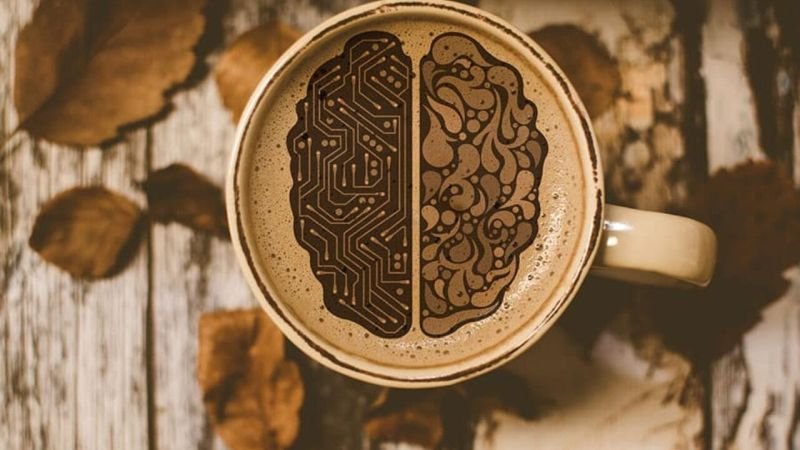 Coffee consumption is related to reducing the probability of suffering from neurodegenerative diseases such as Parkinson’s, Alzheimer’s and dementia.

Multiple studies have been conducted on the effect of caffeine consumption on the risk of Parkinson’s disease.

For example, this study concludes that drinking 3 cups of coffee a day provides a maximum degree of protection against Parkinson’s.

However, the author clarifies that further research is needed to reinforce this result; in addition, the biological mechanism that is related to this benefit needs to be better understood.

This research study reveals that drinking 3-5 cups of coffee a day in middle age can reduce the risk of suffering from Alzheimer’s and dementia by 65%.

The author concludes that the effect could be directly associated with caffeine or other compounds such as antioxidants and an increase in sensitivity to insulin.

Although there is a protective effect of caffeine, this article stresses that few studies have been carried out on this subject and those that do exist are methodologically different, which prevents solid conclusions from being drawn.

7 – Can protect the liver from developing cirrhosis 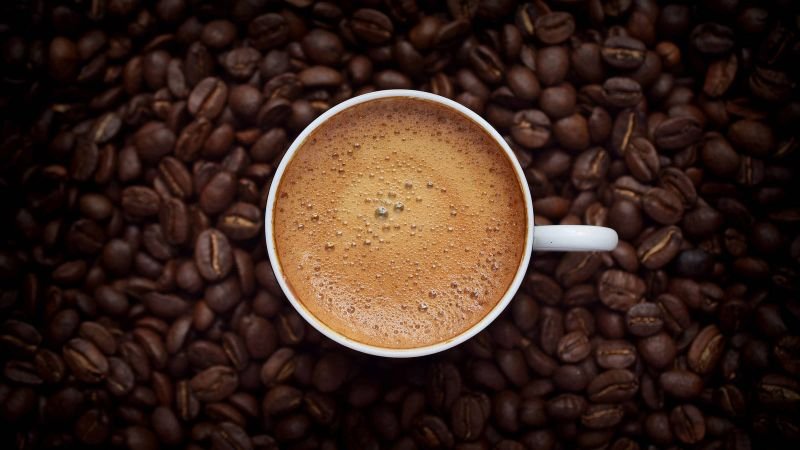 The human liver has over 500 functions, including the breakdown of fat in the small intestine during digestion and other functions related to the regulation of the level of certain compounds essential for the body’s functioning.

There are several diseases that can affect the liver, for example cirrhosis.

The results of this study conclude that coffee has a protective effect that prevents the development of fatal liver cirrhosis.

This positive result could be caused by antioxidants or anti-inflammatory mechanisms.

Other experts support the results of the above-mentioned research, but clarify that further studies are needed to determine the full veracity of these data.

8 – Can help prevent depression and the possibility of committing suicide 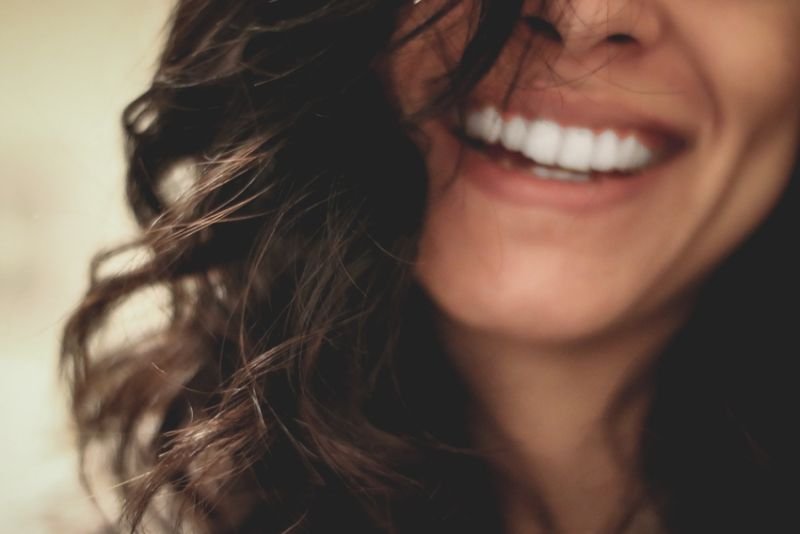 Studies show that drinking several cups of coffee each day can reduce the risk of committing suicide.

The risk of falling into depression decreased as caffeine consumption increased.

This substance may be a mild antidepressant, as it stimulates the production of certain neurotransmitters in the brain, including serotonin, dopamine and noradrenaline.

The results of another study suggest that drinking more than 2 or 3 cups of coffee per day or more than 400 mg of caffeine per day has no additional positive effects.

9 – May reduce the risk of certain types of cancer 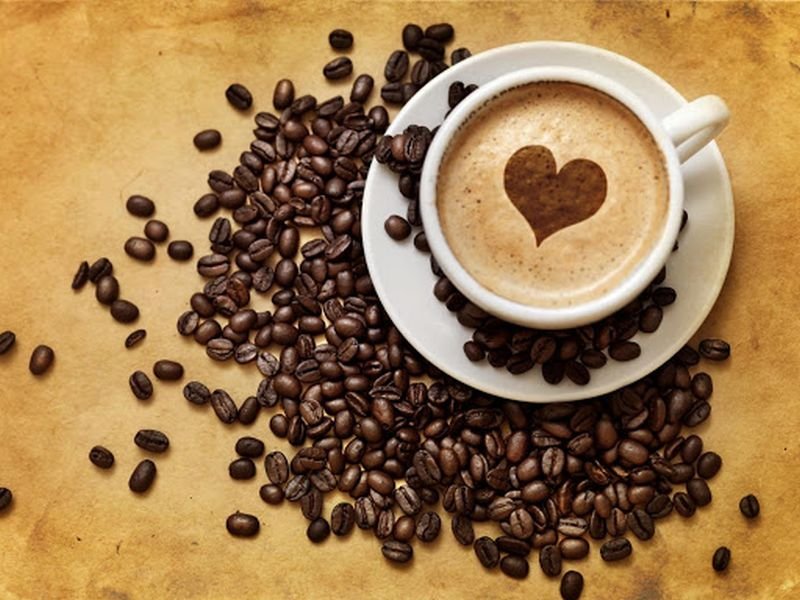 Several studies have concluded that coffee consumption is linked to a reduction in certain types of cancer.

In a 2011 study, a strong link was shown between coffee consumption and a reduction in prostate cancer. The authors clarify that this effect is probably related to compounds other than caffeine.

This article concludes that caffeine consumption is associated with a reduction in the risk of developing skin cancer, specifically basal cell carcinoma.

Compared to individuals who consumed 1 cup of coffee per month, women who drank 3 cups per day had the lowest risk of suffering from this disease.

However, decaffeinated coffee was not associated with a reduction in basal cell carcinoma.

Furthermore, the authors stress that further studies are being undertaken to strengthen this association.

10 – Can help eliminate free radicals, because it contains a high level of antioxidants 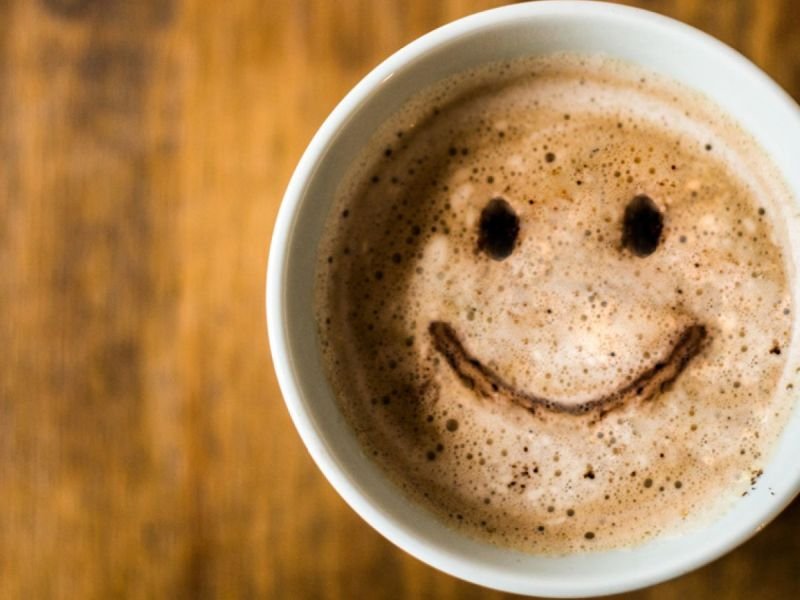 Antioxidants are chemical compounds that the human body uses to eliminate free radicals, which are substances that favour oxidation in the cells and influence the ageing of the body.

According to these studies, coffee contains a large quantity of antioxidants.

Compared to other foods, the largest contributor to the intake of antioxidants in the diet is coffee, with 66%.

Chlorogenic acid is probably primarily responsible for the amount of antioxidants in coffee.