Today we are going to dedicate a few lines to leave our comfort zone and explore those preparations, or those origins of grain, that are out of the ordinary.

It could be our particular classification of different, surprising coffees, or simply the most special coffees in the world.

The classification is not necessarily in order, nor are we going to limit ourselves to one type of product.

We will be talking about both beans (origins or varieties) and coffee preparations that surprise or that are out of the ordinary.

If you are looking for the most expensive coffee in the world, you will find the answer here: 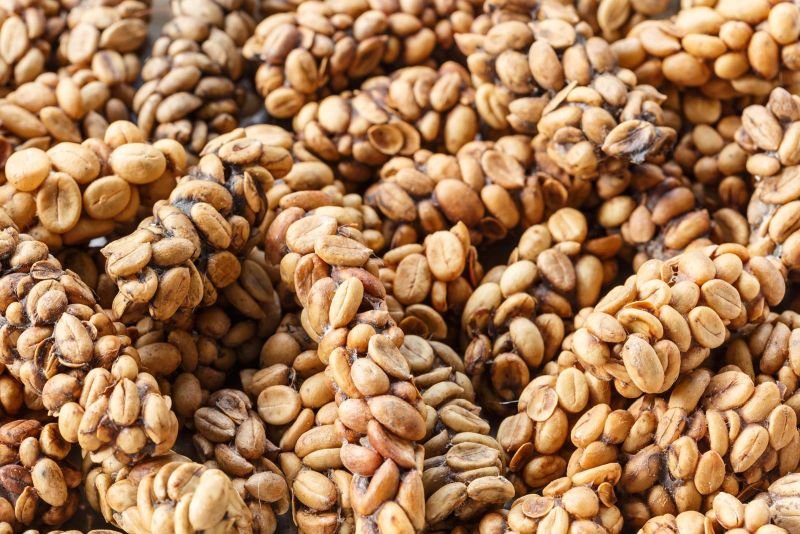 We have already talked about it in our article on the best coffee in the world.

The beans of this coffee are collected from the faeces of the civet, a small cat-like animal, in some regions of Indonesia.

We are not going to enter into moral or taste debates… everyone who chooses or thinks what they want.

What is clear is that Kopi Luwak coffee deserves to be in its own right in this ranking of coffee extravaganzas.

It is not the rarest coffee in the world, because even if many people do not know it, it is quite common to find coffee beans that have been “digested” or fertilized by animals.

What happens is that in the case of the civet and its Kopi Luwak, the quality and price have reached superlative levels, and this has allowed to surround this product with an aura of elitism... that from the marketing point of view is frankly profitable.

What is certain is that it is also rare… it is expensive.

And that is not being taken away from anyone at the moment. 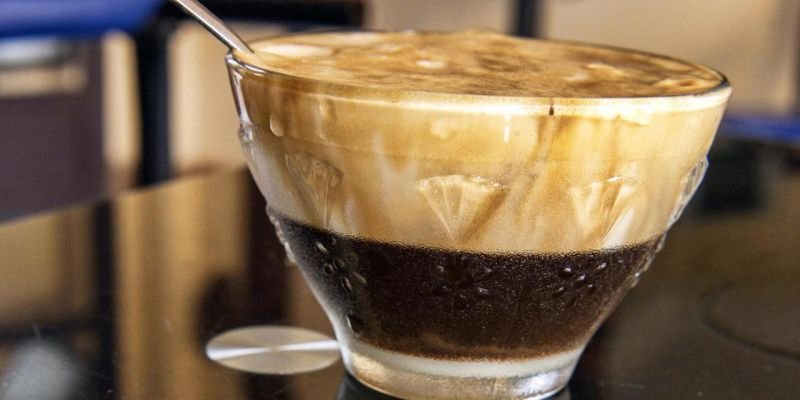 This oddly named brew is Vietnamese coffee with egg, or with egg yolk, to be more precise.

In the western world there may be some misgivings about using a raw egg yolk, but bear in mind that the coffee has to be very hot and the yolk will cook in a few seconds in almost boiling water. 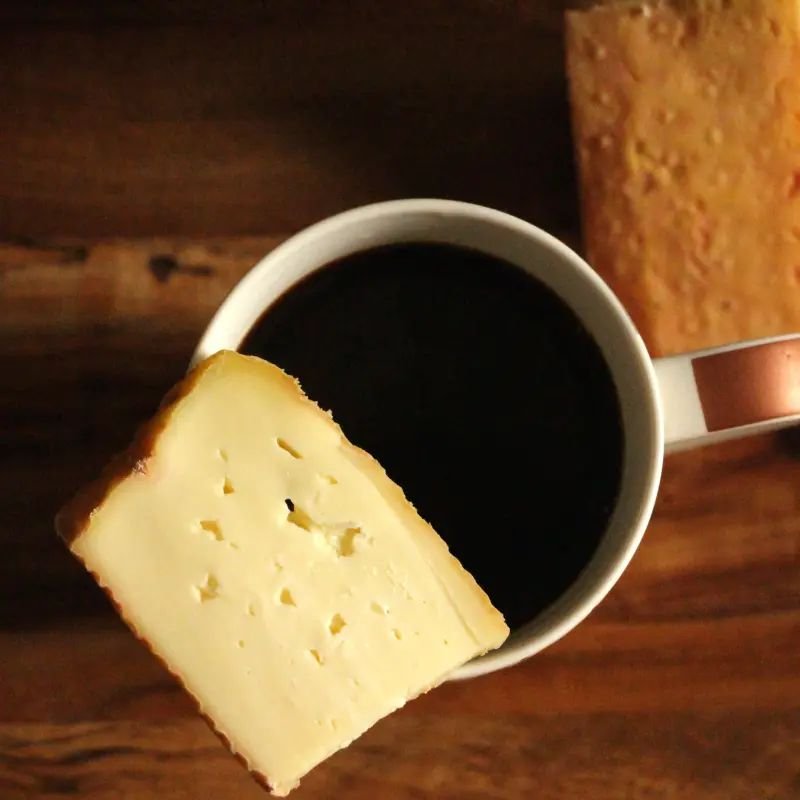 Ost is “cheese” in Swedish, and in other Scandinavian languages, and Kaffee is supposed to be untranslated, right? It is the Nordic coffee with cheese, a combination that in Spain can be surprising but that makes sense thanks to the cheese called leipäjuusto in Finland.

It is a very spongy, absorbent type of cheese, capable of soaking up any liquid without decomposing.

Kaffeeost is a Swedish preparation, but widespread in the rest of Scandinavia, especially in Finland.

As we see in the picture, the cheese is cut into medium sized cubes and dipped into the coffee to blend with its taste.

The cheese is taken as it is (picked up with a spoon) and the coffee is then drunk soaked in the taste and aromas that the cheese has left behind during the time it has been in.

Normally, the cheese cubes are served first in the cup, and then the coffee is served hot on top… but this is already to the consumer’s liking.

4 – Touba coffee (with pepper and spices) 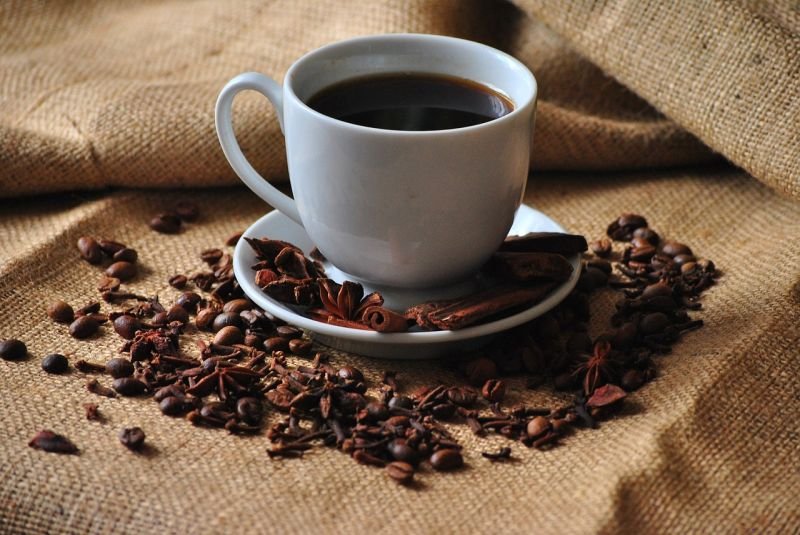 Touba is a spicy coffee, originally from Senegal.

This drink looks like a traditional coffee, but is flavoured with guinea peppercorns and other spices.

The usual ratio is one quarter spice to one coffee, but you know what usually happens in these cases: the exact recipe does not exist, and it allows for dozens of variations and nuances.

Touba coffee is usually served with sugar, like any other coffee… but it is better to drink it alone to experience all its sensations better. 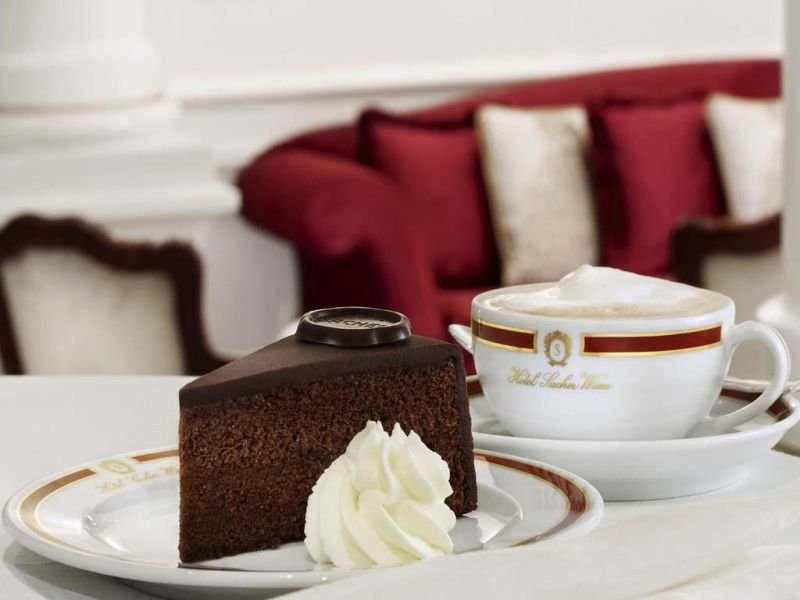 A coffee with apricot jam? Yes, it is.

It is a tribute to the mythical Austrian Sacher Cake, but with “real” coffee and can be drunk instead of spoon-fed.

It is also decorated with chocolate shavings and has cocoa powder, so as not to lose the memory of the original cake. 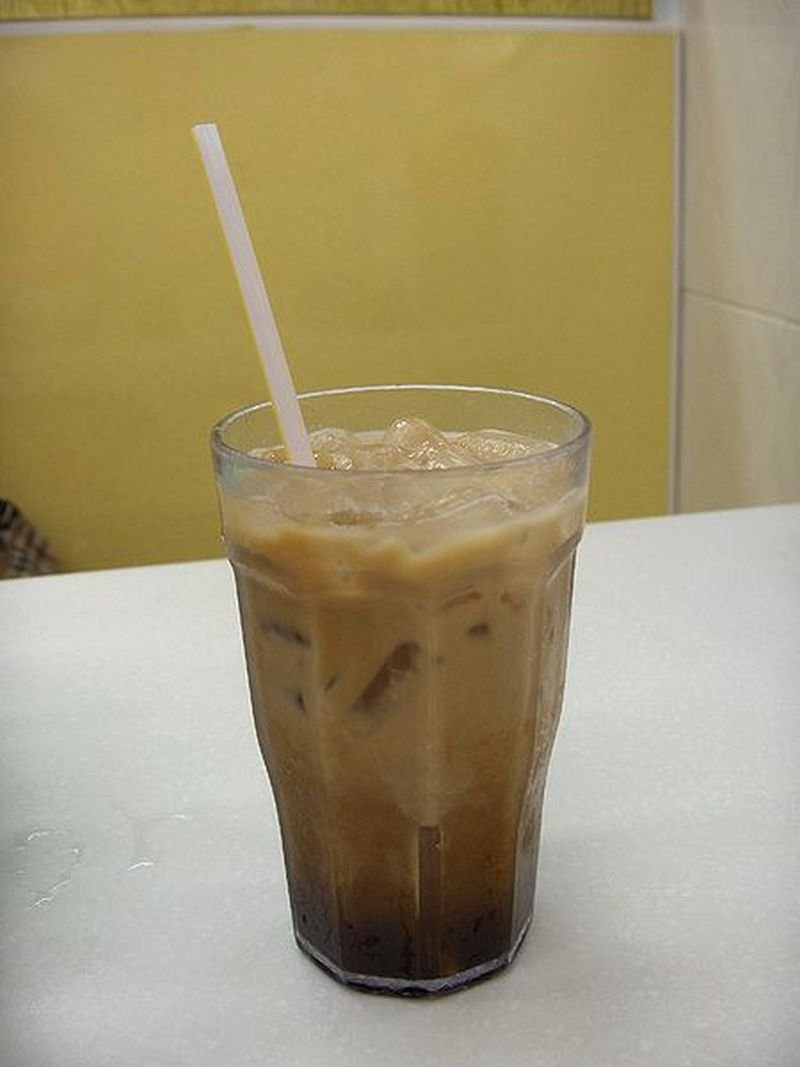 Tea or coffee? With this preparation, which is consumed in Hong Kong and Malaysia, you will not have to decide.

It’s the pioneering combination of coffee and tea (although there are many other coffee and tea-based drinks, but they’re not proven to predate Eastern yuenyeung). We have put up the Australian flag because this invention was born in the Truman Café in Melbourne.

In essence, it is a coffee inside an avocado, if there is no mixture or anything special that affects its taste, beyond the container where it is served (the empty shell of the avocado).

Come on, if we called it coffee with avocado we would not be being fair or realistic.

The barista, if he is skilful enough, can make virgins with the latte art inside the avocado, but the coffee itself has nothing special beyond its presentation. 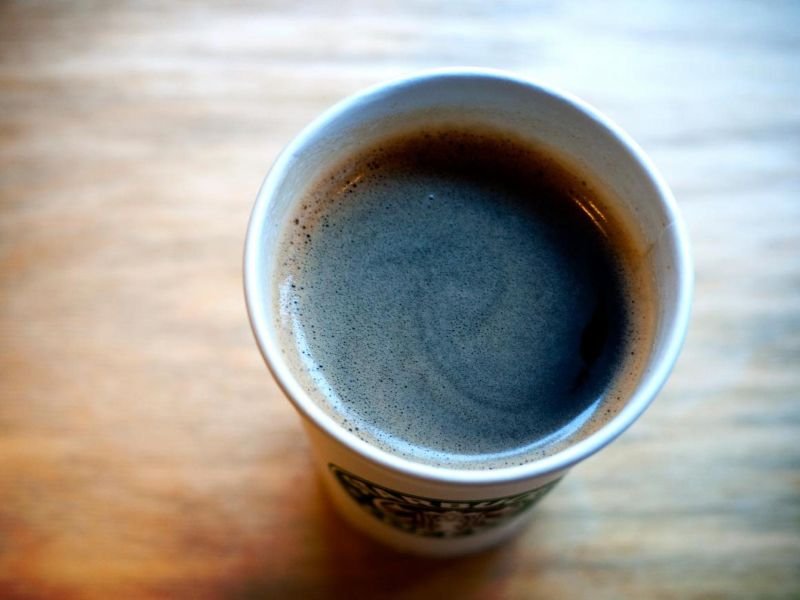 After so many original varieties of coffee, we were missing a salty coffee preparation, weren’t we? Well, here it is, and in its purest essence: coffee with sea salt from 85C Bakery Café (a franchise of coffee shops in Taiwan).

In our country it may sound eccentric, but there the Sea Salt Cafe has been among the country’s best-selling drinks for several years. 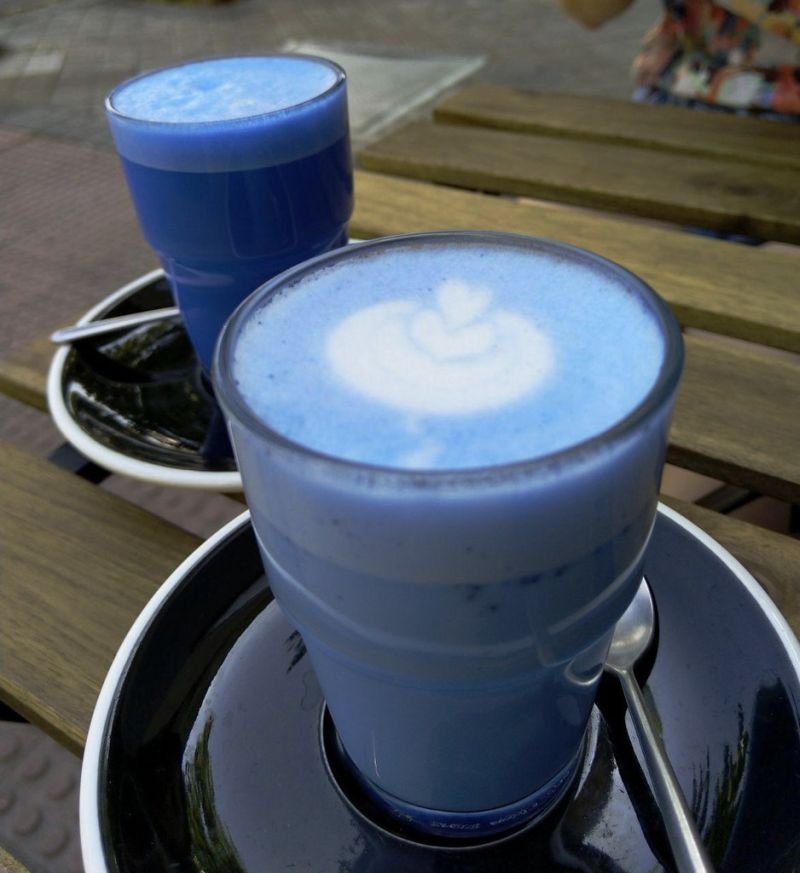 We leave for the end a truly surprising proposal: a blue coffee.

This is the vegan coffee from Matcha Mylkbar, a vegan-oriented, sustainable food establishment in Melbourne (yes, Australians seem to be at the forefront of coffee originality).

It’s quite absurd to call a coffee “vegan” (because it’s a vegan product from its origin), but we already know that in this day and age labels perform a powerful function of attracting and identifying customers.

In short, what is striking about blue coffee, or Blue Latte, is logically its colour, and not the fact that it is served by a vegan establishment.

In fact, the coffee used in this process is normal and common.

It is the milk that is blue in colour, and is made from seaweed powder and coconut milk (totally vegan, of course). 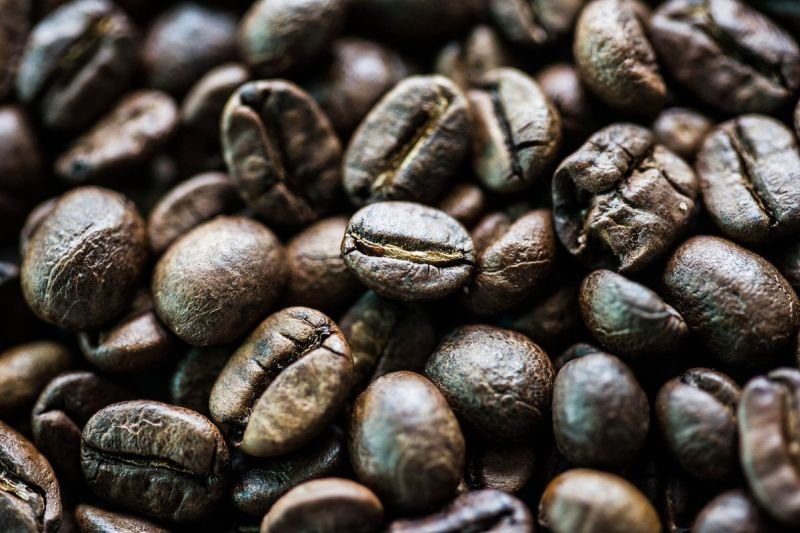 If there’s Kopi Luwak from Indonesia, Thailand also has an exotic and pricey brew made from elephant dung. Just like the luwaks, elephants can’t digest coffee beans and therefore, these beans get mixed with the other food in an elephant’s vegetarian diet. Moreover, the protein found in the beans which makes coffee bitter are broken down. In the end, you’ll be drinking an expensive cup of earthy and smooth elephant dung coffee.